New report: How transparency in digital media can give you better ROI 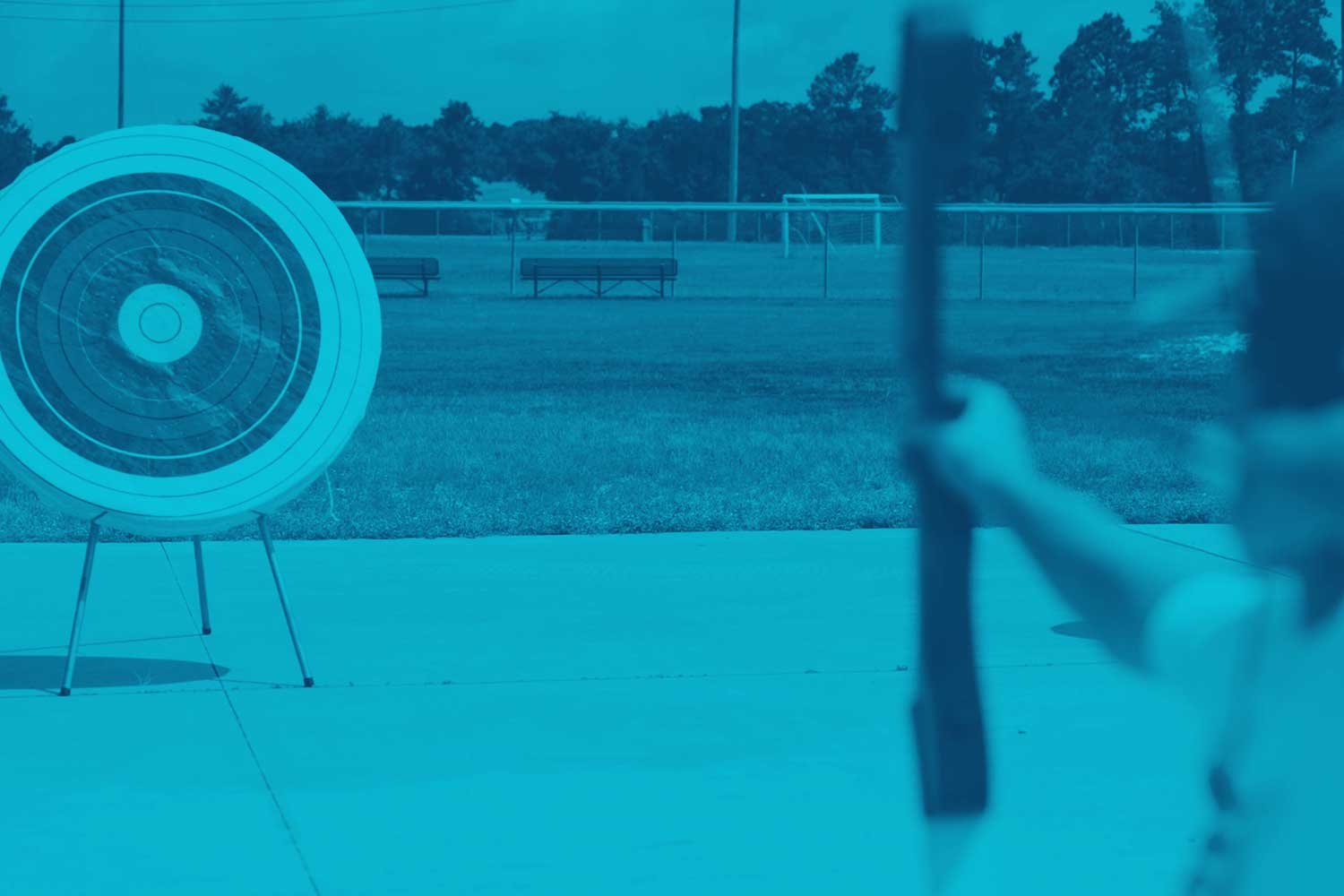 2017 marked a year when advertisers demanded more transparency from their digital marketing campaigns. Leading the wave was the world’s biggest advertiser - Procter & Gamble (P&G) who announced that they would only work with media agencies and publishers that comply with their digital tracking standards.

In Vietnam, many media agencies and local publishers have proactively embraced this global trend. At Decision Lab, we received an increasing amount of requests for third-party tracking of digital campaigns, driving us from tracking a monthly impression of 1 billion in 2016 to 1.5 billion in 2017.

We’ve seen local ad networks optimize their campaigns by using real-time data and verifying their targeting algorithm with third-party measurements. With more data activated in 2017 and improved methods of targeting, is the campaign targeting getting better?

To answer this question, we compared the media performance of campaigns targeting Females 25-45 y/o in 2016 against 2017. The comparison is of two metrics:

2. In-target reach: The proportion of the Females 25-45 y/o who are online and have been reached by the campaigns.

The improvement of precision targeting

The latest annual benchmark for precision targeting from Decision Lab reveals considerably less impression wastage. The average in-target delivery rate to Females 25-45 y/o, has increased from 33% in 2016 to 42% in 2017. The best targeting campaigns in the market had 72% of their impressions served to the right target group (i.e. Females 25-45 y/o) instead of 50% in 2016. 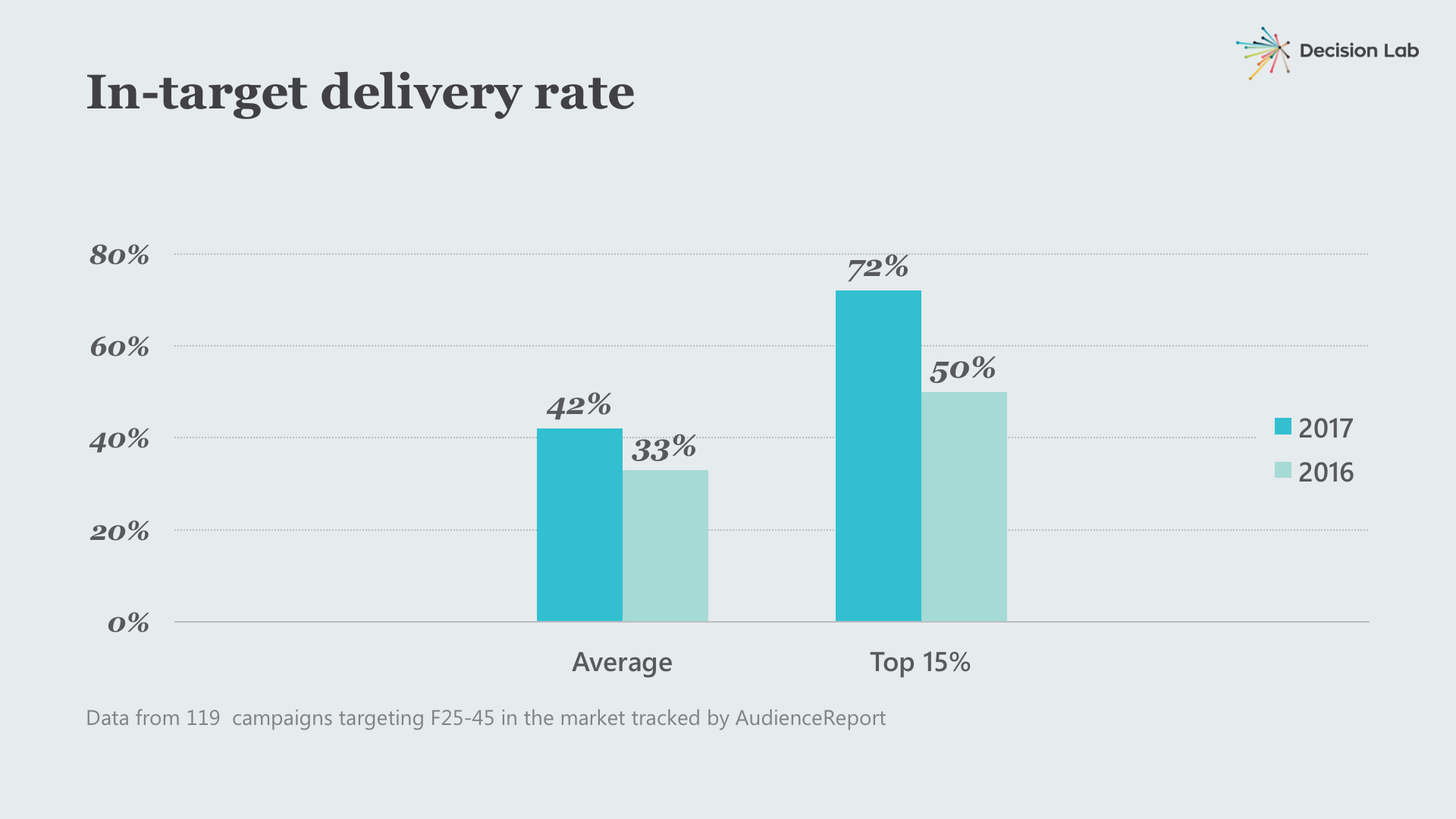 The expansion of campaign reach

While in-target reach increases as more impressions are served, this is at a decreasing rate. This is why the visualization of reach and impression is a curve, not a straight line. This means that serving an additional thousand impressions does not lead to the same incremental increase in reach. 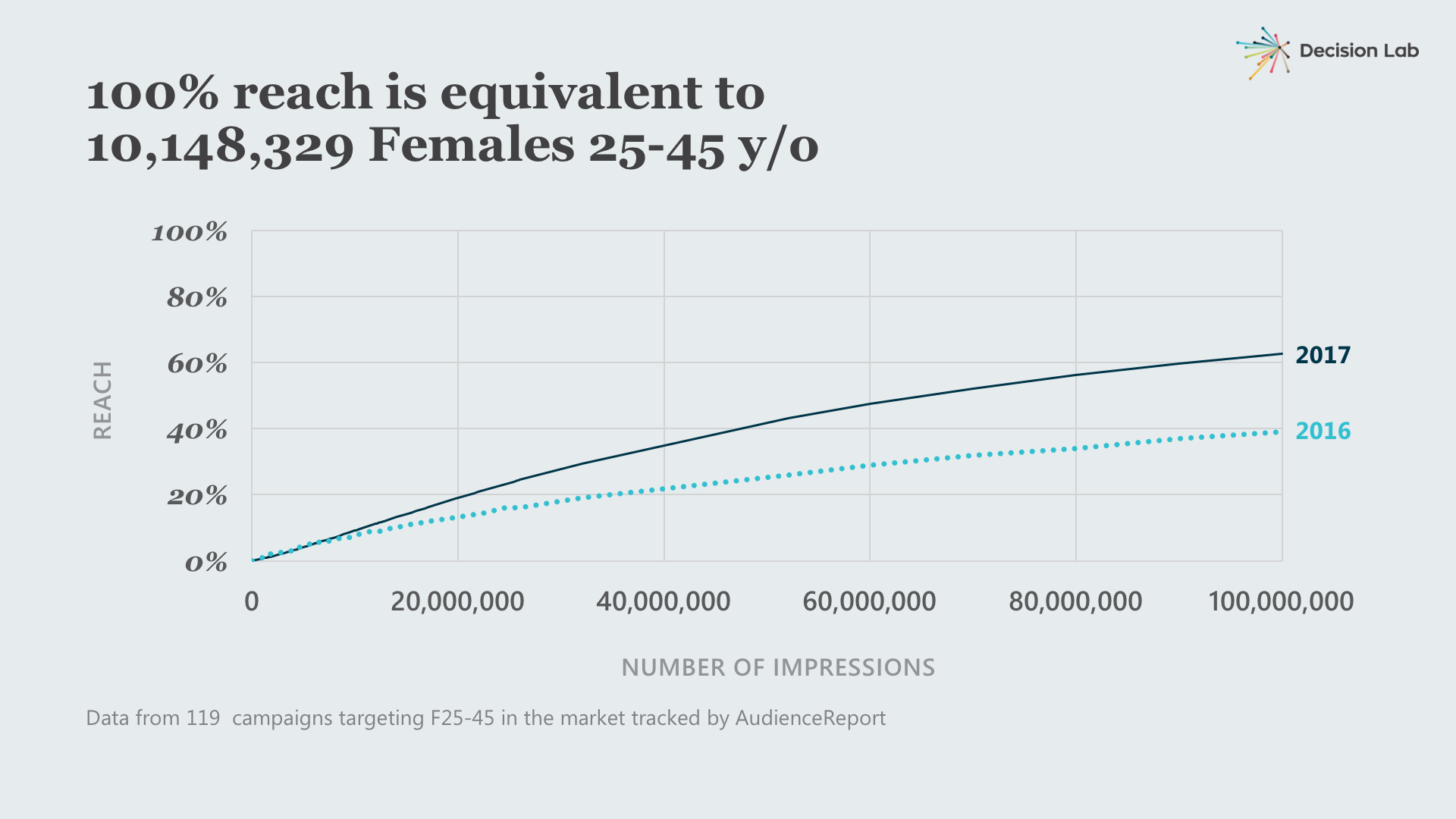 When Decision Lab analyzed their data from 2016 and 2017, we found two fundamental differences between the reach curves: 2017’s was shifted up and steeper. The first characteristic indicates that for the same amount of impressions invested, campaigns in 2017 reached a wider range of Females 25-45 y/o than 2016.

All in all, campaigns in 2017 have become better at targeting and expanding reach. But which type of publishers drove the development? For a more detailed analysis, check out our full report. 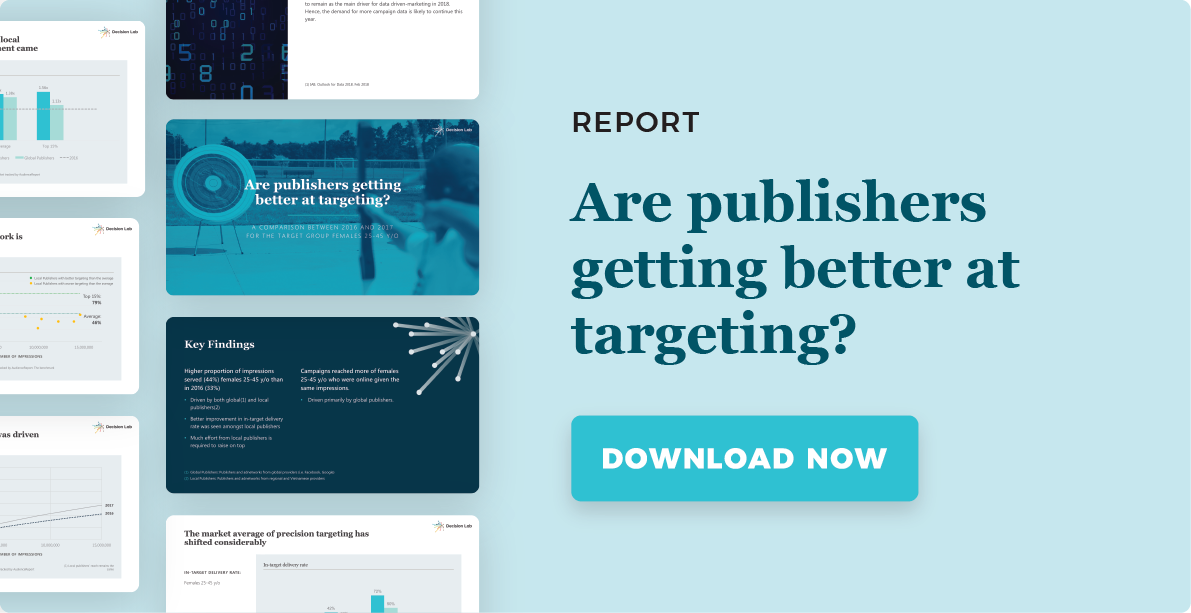 Decision Lab can help you get better ROI with your digital campaigns. Click here for more information  or contact us.