Are Western restaurants stealing Vietnamese children away from traditional foods? In Vietnam the tradition of eating out with family is still an integral part of even the most modern lifestyle.

A new report from research company Decision Lab shows that Western restaurants are a popular destination for Vietnamese families - rather than choosing from the traditional menus their parents would have enjoyed, families opt increasingly for pizza, pasta, burgers and the like.

In a country with extensive out-of-home consumption at 340 million restaurant & eatery visits in Q2 2016, 7% are visits to Western restaurants.

In fact, Decision Lab’s report shows that Western outlets are three times more likely to be chosen because ‘the kids love it there’ compared to Asian ones.

And while many Vietnamese consumers have traditionally stayed away from dairy products, this Western influence has led to so called ‘Cheesemania’ among the young.

This has seen a previously unthinkable trend of young Vietnamese ordering cheese pizzas and burgers, as well as adding cheese to more traditionally Asian dishes such as instant noodles and bubble tea.

But why are Western restaurants so popular with families?

Most Vietnamese perceive Western restaurants to have a higher standard of cleanliness than Asian ones, they also enjoy the atmosphere, friendly service and the abundance of vouchers, meals deals and promotions offered by these outlets.

Western restaurants are also putting their spin on their traditional products such as adding rice to the menu in KFC and Lotteria joints or creating a McDonald’s Banh Mi in a bid to give their global menu a touch of the local.

“Our report shows that the demand for Western food in Vietnam is clearly coming from the young as out of all the food consumed by children typical Western food items such as Pizza, Pasta, Burgers and Potato account for 12% compared to this type of food making up just 6% of adults’ out of home food consumption.

While some Western chains haven’t found Vietnam the easiest market to enter, there is clearly potential here with an emerging middle class who want to eat in Western restaurants. Brands need to have a better understanding of the market to gain a good foothold.

Right now there is no existing gold standard in out of home data for Vietnam, making Decision Lab the perfect partner for long term success in this market.“

Decision Lab is an agile, data driven research agency based in Vietnam. It operates the largest online research community in Southeast Asia from which it can advise clients on a multitude of marketing decisions. 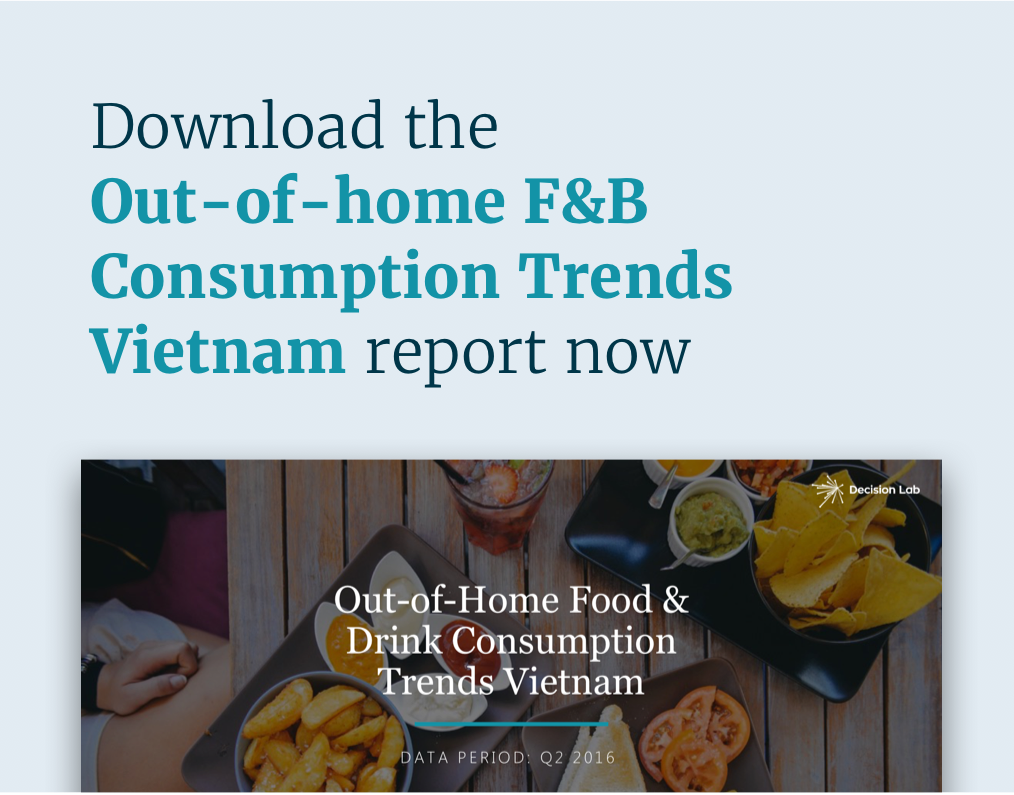 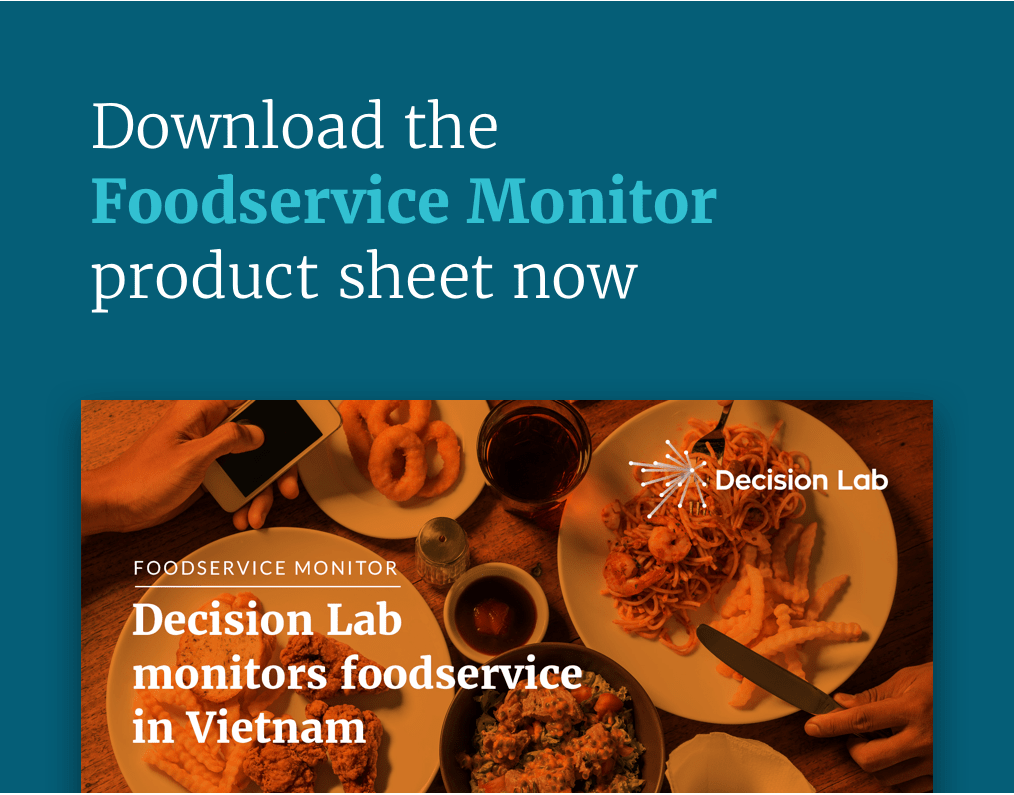 Vietnamese diners put down the burgers and pizza in favour of Japanese, BBQ and Hotpot
Vietnam Foodservice Seminar 2018 makes headlines
It’s time for Beverage Manufacturers to shift their sales focus in the Out-of-Home market
5 things you need to know about Generation Z 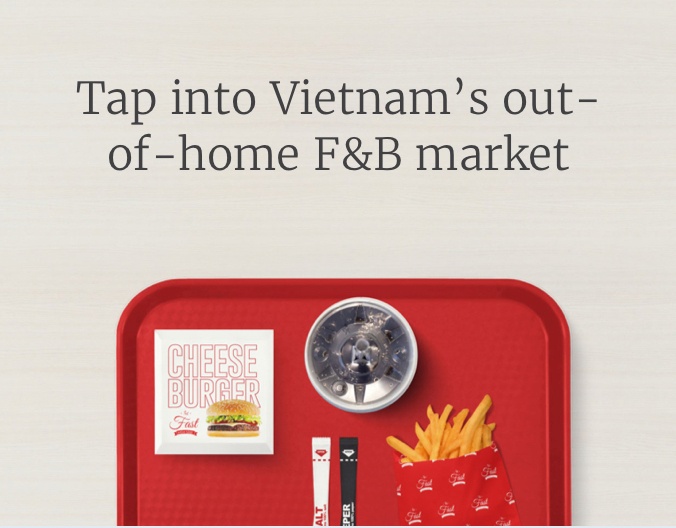