Exponential increases in smartphone usage and Internet connectivity has led to incredible changes in the lifestyles of Vietnamese consumers over the last 10 years. Decision Lab’s latest report, The Ultimate Guide, is a useful tool for advertisers navigating the complex web (no pun intended) that is Vietnam’s evolving digital habits. As Tết approaches, use this document as a ‘how-to’ when it comes to understanding where and how long Vietnamese consumers hang out online.

In Vietnam, Facebook still reigns supreme as the most used and therefore most important social network. Ninety-seven percent of Internet users surveyed by Decision Lab said they were using it, while 63% claimed that it was ‘indispensable’ to their daily lives.

Several other contenders have emerged in recent years and have already begun carving out their own niche in a crowded space. As a result the average android or smartphone in Vietnam now has 3.7 social media apps downloaded on it, of which, Vietnamese consumers will generally choose either one or two that they ‘can’t live without.’

Notably, because Facebook is popular with a broad range of age groups, the newer apps are increasing the level of segmentation in this market.

For example, while Vietnamese messaging app, Zalo, is already being used by 86% of Gen Xers and 90% of the Millennials who responded, Instagram and TikTok’s numbers are much lower. These two social sharing apps have been more successful with a younger audience. Twenty-five percent of Gen Zers said they were now using Tik Tok, which is a rapidly growing short-form video platform, and 66% of them are regulars on the world’s most popular picture and video story-sharing app, Instagram. 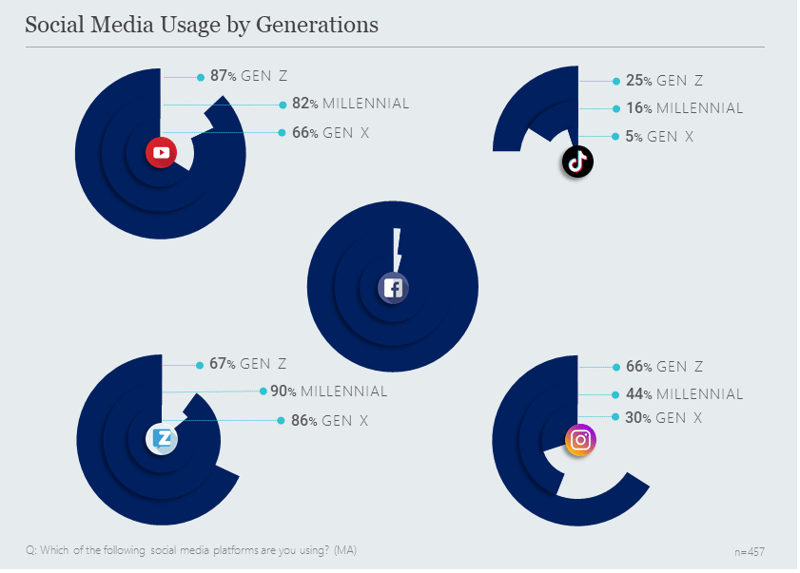 Apple’s famous 2009 slogan “There’s an app for that” couldn’t be  more ‘apt’ when it comes to modern Vietnamese’s digital habits. Consumers today can access their favorite content with the literal ‘click’ of a finger. 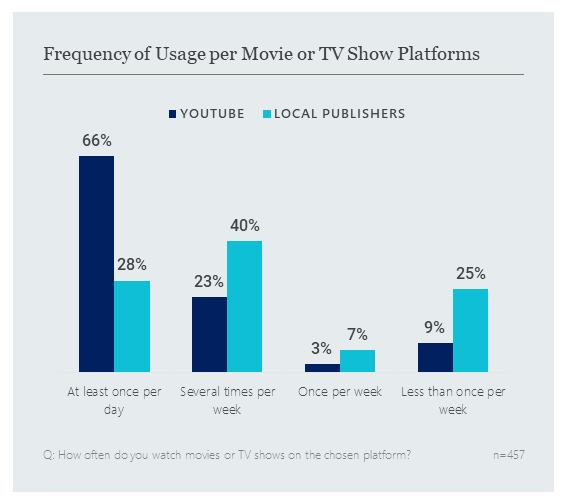 While there is no doubt that consumers today are easier to find than ever, it is still up to marketers to be there at the right place and the right time. It remains a core marketing challenge to not only know where their potential consumers are, but to understand how these consumers are reacting to their content across multiple platforms.

To gain a deeper understanding of modern Vietnam’s digital consumption habits, download Decision Lab’s free report  ‘The Ultimate Guide’ or get in touch with us today at decision@decisionlab.co for a free demonstration of our products.