Research by Decision Lab has revealed that tech-savvy Gen Zers have micro-attention spans and are amongst the highest consumers of online video. Approximately 70% still watch traditional television, however, 88% of those are likely to be doing something else at the same time!

Turn on the TV

Defined as the generation born between 1994 and 2011, Generation Z (Gen Z) currently accounts for 31% of the online population and 15% of the entire population of Vietnam. As the first generation born in the age of Internet access, Gen Z is said to be ‘tech-savvy’ and ‘trend-setting.’

Unsurprisingly, the Internet plays a major role in their daily lives. They spend approximately 10.6 hours per day engaging with online content, more than any other previous generation. However, contrary to popular belief, it doesn’t mean they’ve rejected traditional TV altogether.

Although the majority of Gen Zers said they would consider canceling their TV subscriptions in the near future and 62% reported spending less time watching TV this year than last year, 70% said they still watch traditional TV. In line with being considered tech-savvy, video streaming via Smart TVs was also popular, with 77% reporting this activity.

In what is a blow to advertisers, while Gen Zers might still sit in front of the TV screen, their full attention is rarely there. A huge 71% reported that they either ‘frequently’ or ‘always’ do something else at the same time; proof that it has become extremely difficult to engage this segment of the market with content on traditional TV.

That said, it is no easier to fully engage with Gen Zers online either. According to a report by Forbes, the average attention span of this generation is a meager 8 seconds, 4 seconds shorter than Millenials before them.

As a group, however, based on their rate of internet penetration, Gen Zers are the most likely to be consuming online video. Across all generations, online video is extremely popular, with 99% of all those who use the internet reporting watching it. Internet penetration amongst Gen Z was reported at 90%, higher than millenials at 78% and dwarfing 45 and overs at only 28%. 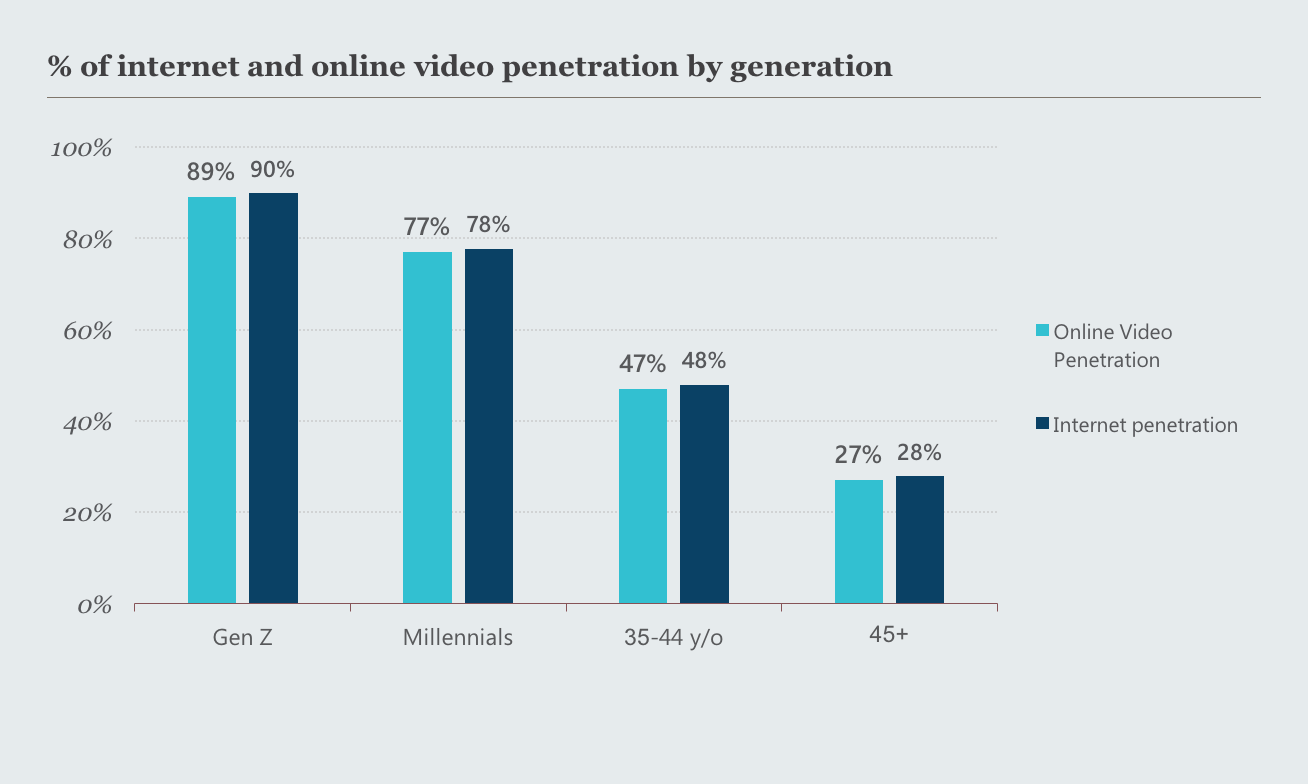 For advertisers these results are double-edged. It’s easier to reach Generation Z online than any other, and they are the most likely group to ensure content goes viral, but given their micro-attention span, it’s more and more difficult to get them to engage in the first place! In addition, 53% of Gen Z respondents said that they ‘turn off’ or ‘skip’ ads as soon as they can, which in most cases is around the five-second mark. A tough audience to pin down!

The end of lockdowns in the third quarter of 2021 in Vietnam has resulted in a reduction in the amount of time spent by users ...
Start Reading