A nationwide study by Decision Lab has confirmed the rise in popularity of the all-singing, all-dancing social media phenomenon, TikTok, in Vietnam. 20% of all online respondents said they now use the video-sharing app on their phones, up from 15% in Q3 2019. The survey also identified gains made by Gapo and Lotus, two made-in-Vietnam platforms described as ‘local alternatives to Facebook,’ during the early part of the pandemic.

In Q3 2019, Decision Lab was asked to reach out to its online community in Vietnam — part of the largest and most accurate online panel of its kind in Southeast Asia — to quiz them about their social media habits.

The result was the release of the first edition of ‘The Connected Consumer’ report in August 2019. It revealed a trend away from single platform dependency in Vietnam and identified apps like TikTok and Spotify that were challenging the dominance of the more established players.

In Q1 2020, Decision Lab has built on the above work by tracking the performance of Vietnam’s favorite apps across categories including music, news, messaging and short video content during the early part of the year. Capturing more data across multiple generations, the finished report, which is available now, provides a clear picture of who has been driving change, and which apps are likely to emerge with a larger share of audience in a post-COVID world.

Here are some of the key findings of the report:

While TikTok’s success as a platform for short video content might never threaten Facebook and YouTube’s overall dominance of the category, the latter should be noticing a change amongst Vietnam’s Gen Z, who have started turning to TikTok and Instagram for their short video fix. 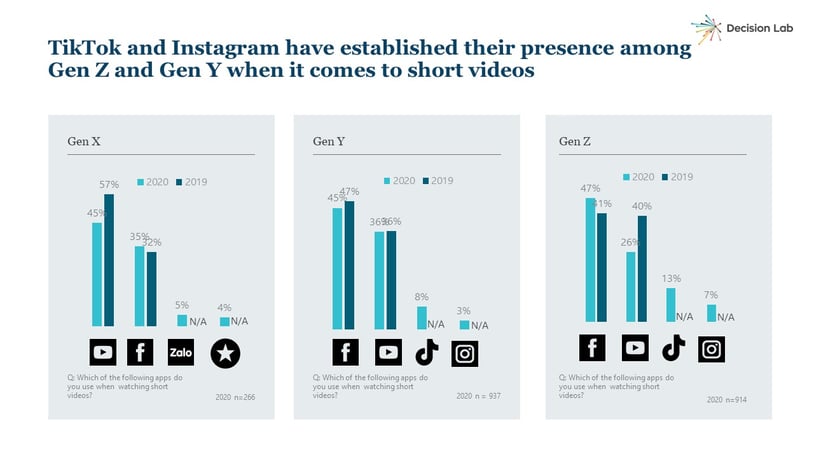 As is often the case, a thirsty Gen Y has followed them, with figures likely assisted by the fact that many have been mostly staying at home. Indeed, a switched-on Vietnamese government took advantage of this fact during the recent lockdown period, launching its own #happyathome (#onhavanvui) TikTok campaign, which shared snappy videos on hand-washing, mask-wearing and social-distancing measures. 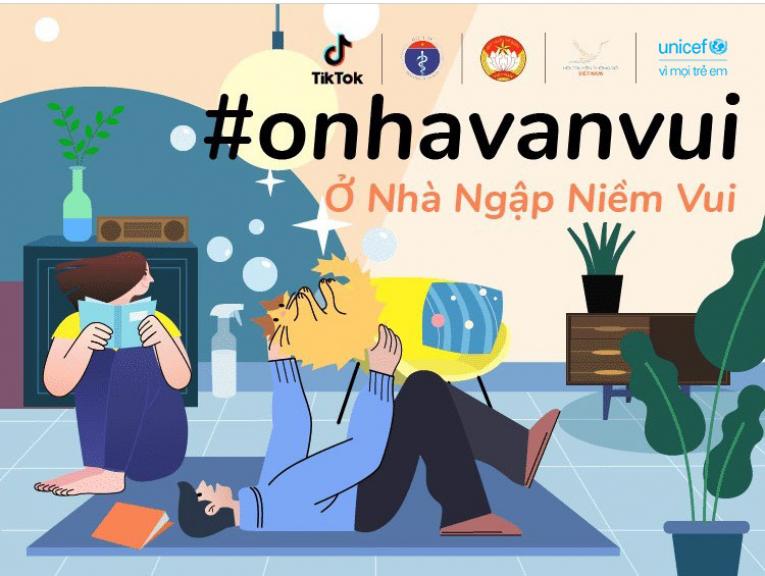 Although small at 3 and 4 percent, it’s clear that among Vietnam’s 65 million social media users, at least some have been prepared to give the locally made ‘alternatives to Facebook’ a fighting chance at survival. Perhaps indicative of global sentiment running against the world’s biggest tech companies, this kind of local thinking is also reflected in users preference for Vietnamese news publishers, even if they do have to find them on Facebook first.

Launched at the time when domestic startups were encouraged to challenge the dominance of Facebook and Google, it will be interesting to see what happens to both of these fledgling networks. Both are well invested and retain ambitious hopes for the next couple of years; Gapo targeting 20 million users by January 2021.

Finally, despite any negative global sentiment, when asked to choose one app they ‘couldn’t live without,’ Vietnamese social media users of all generations still made Facebook their number one choice.

Local competitor Zalo retained its share of the messaging market, particularly amongst Gen X and Gen Y consumers, but the omnipotence of Facebook is still clear when it comes to other activities like watching short videos, acquiring news and importantly for advertisers, online shopping. Facebook also remains streets ahead when it comes to the app most people like to use whenever they feel like a bit of ‘mindless browsing.’

67 percent of 15-23 year olds in Vietnam say they now use more than 4 social media apps on their mobile phones. The ever ...
Start Reading
Thach Huynh

TikTok is now the biggest short-video platform in Vietnam